I was introduced to astrology at a young age by my mother, an astrologer who began her studies in order to better understand her two boys. My explorations started with modern psychological astrology and led me into a period of exploring Jyotish/Vedic Astrology until I was introduced to the ancient Western traditions in Hellenistic and Medieval astrology. The practicality and clarity of the traditional forms of astrology provided a more solid grounding in astrological technique – and at the same time, I continued to explore more modern forms like Uranian/Symmetrical Astrology.

In early 2015, I was invited to explore the Human Design System by a friend and fellow astrologer. I discovered that in Human Design, my auric type is a “Projector” which very specifically described how my energy was designed to work along with many patterns and characteristics of my experience that no other system had identified or had an explanation for. This was quite a reframing of my experiences on the planet so far, putting many things into perspective that I had been unable to make sense of otherwise.

I began experimenting with the system daily and soon booked a reading with a professional Human Design Analyst which carried quite an impact, driving the knowledge in deeper. I entered into formal Human Design training and enrolled in the program to become a professional analyst. I completed the three and half year program in December of 2018 to become a Professional Analyst certified by the International Human Design School. Since then I have continued my studies and training with the Degree Differentiation Program (DDP) which combines the Primary Health System (PHS) and Rave Psychology. I am currently co-teaching the Living Your Design, Rave ABCs, and Rave Cartography Foundation Courses with Amy Lee at the Human Design Collective.

As a Projector with over two decades of astrological study and full immersion in the Human Design System, I feel well prepared to meet the needs of my clients wishing to experiment with this knowledge. I meet each person as the unique individual that they are, recognizing that they are the authority in their own life. My role in a consultation is to share this system in a practical and straightforward way, initiating the other into a deeper relationship with their true-self and inner authority. 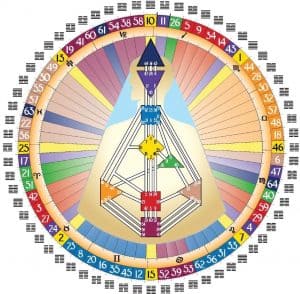 If you are new to Human Design and interested in embarking on a fascinating and transformational journey, start here.

Once you have completed the Living Your Design wor

The January 7th workshop is full and so we're offe

As long as you mistakenly look to the mind for truth, it will continue to haunt you to no end. The best course of action is to look and see for yourself that nothing in the mind is ultimately true, real, or existing.

Currently scheduling sessions for the beginning of March 2023 Dismiss